Do you love to entertain? Are you always looking for a new trick to learn?

Well then, keep reading so you can find out about—

The Quickest Way I Know to Learn

Eye-Popping Magic and Be

the Life of the Party

In a little while, I’m going to tell you the #1 secret for success in magic that too many people ignore. But before I do, let me

Do you love the thrill of performing a magic trick in front of amazed friends and family? Are you working on your skills so you can perform more smoothly or just wanting to know how to get started in the first place?

Maybe you are looking for a  way to get someone special to notice you.

Magicians have a long history of captivating and amazing audiences. So if you love to entertain, you too can learn tricks and stunts that turn everyday objects into attention-grabbing performances!

WOW Your Friends and Family!

Whether you're 9 or 99, magic tricks appeal to every age group and many are easy to learn. Bringing shy children out of their shell or getting a room full of partygoers laughing and applauding—simple tricks can do wonders to relax and engage people of all sorts.

And once you've learned some basics, you can change your routines to come up with new and unique tricks that will surprise and delight your audience!

“Who Else Wants to Learn Some Amazing Tricks?”

The key is getting the proper instructions so YOU can learn to master the art of performing magic tricks on the spot . . . instructions that you can get in my new ebook!

And no matter what your current skill level is, these thorough instructions will help you master the tricks and effects so that your routines look effortless! You’ll easily leave your audience wanting more.

Need an extra push? Well, for less than the cost of deluxe pizza delivered to your front door, you can have at your fingertips the secrets to some forgotten and neglected classic magic tricks, stunts, and icebreakers.

with Candles and Matches 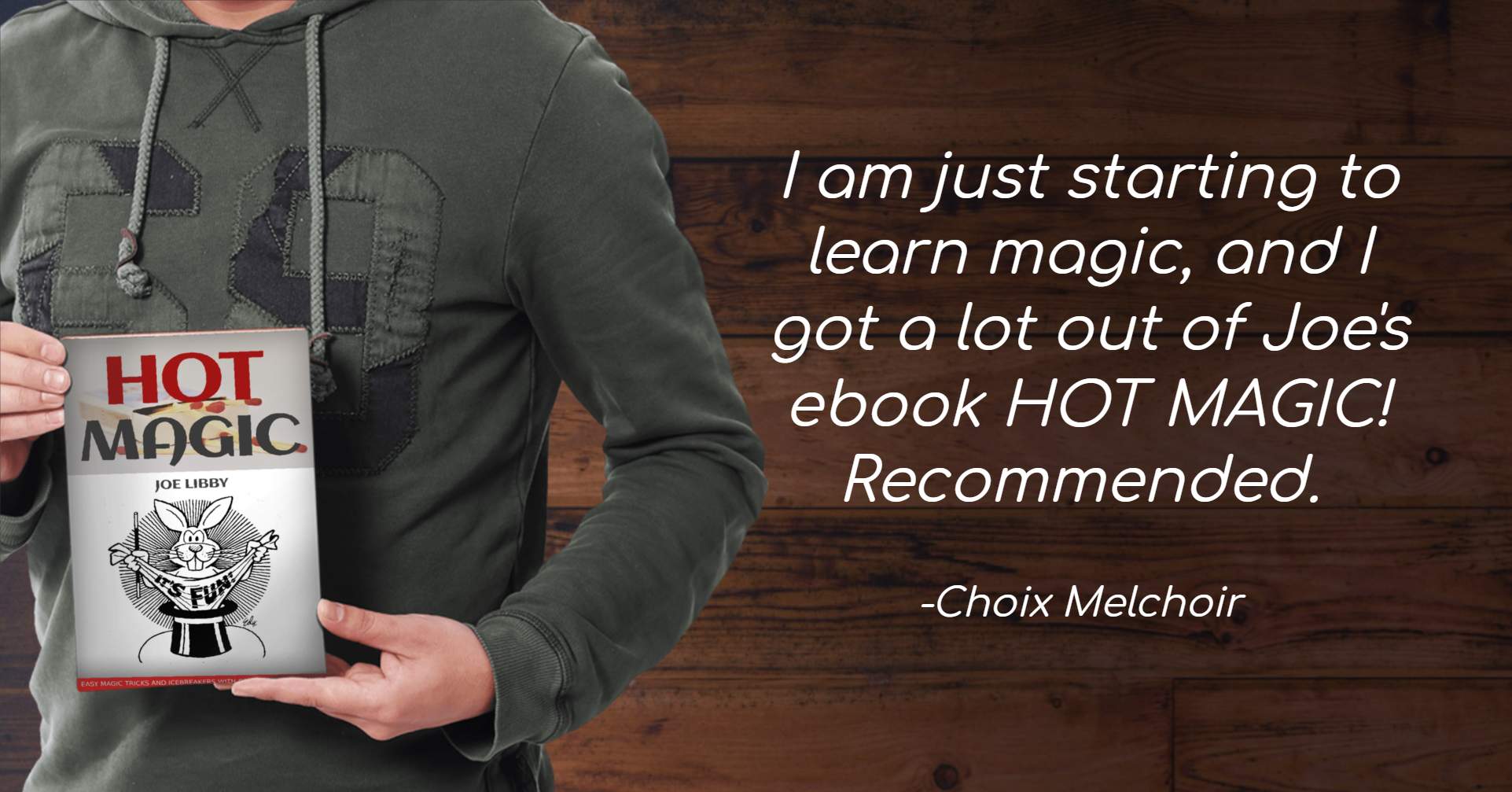 Here are just a few reasons you will want to buy this right now:

But that’s not all. You’ll also get some

Awesome Bonuses When You BUY TODAY!

Bonus #1: Downloadable video tutorials for two other cool tricks you can do with things around the house (a $10 value ).

Bonus #2: Lifetime access to my Build Your Own Card Trick Video Course (a $20 value).

Bonus #3: A Shout Out for you and your business on all my social media accounts (worth at least $50 as free promotion).

These bonuses alone make your purchase a no-brainer!

How I Helped a Friend Amaze His Audience

I was once asked to help out on a production of ANNIE. My friend Stewart was playing Rooster Hannigan. During the show, he had to perform some sleight of hand to demonstrate how he would make Annie “disappear.”

Now, Stewart isn’t a magician, so I taught him an easy but effective coin vanish. I took some time to demonstrate it so he could see what it looked like, explained it to him carefully, and worked with him to make it look good. And I told him he should practice it over and over in a mirror until he fooled himself.

Well, by the time the show opened, he had the coin vanish down pat. Not only did it look convincing from the stage, but when he opened his hand to show the coin was gone, it frequently drew gasps from the audience!

I can do the same for you!

Look, I can personally teach you how to do all the effects in this ebook in private sessions on Zoom if you are willing to pay me $250 an hour. And you would have to be available on my schedule.

Or, you can pay just $27 for this ebook, have all the information at your fingertips instantly, learn at your own pace, and get the bonuses I mentioned too.

Imagine . . . In Just a Few Hours, You Can Have Your Friends

Do you have the desire to keep your family and friends surprised and engaged? If that’s what you crave, then you need the information to learn the amazing effects in this book!

Family dinners, kids parties, business gatherings—watch them smile in amazement when you share your skills with the crowd!

And remember my actor friend Stewart? He was willing to put in the practice to make that coin vanish look really good. Don’t just read the instructions once and try the trick out on your friends; that’s a recipe for disaster. Put in a little bit of work to practice and make these tricks look good, and you’ll be successfully entertaining and delighting people. THAT is the #1 secret to success as a magician.

So, are you prepared for the all the attention? Then download HOT MAGIC right now! And remember that you are covered by my . . .

This book is filled with so much value you are GUARANTEED to appreciate the information or get a FULL REFUND—no questions asked!

Try out the ebook for 60 days. If you're not completely satisfied, email me and I'll send you a full refund. You have absolutely NOTHING to lose. ALL THE RISK IS ON ME!

Just think about everything you’re getting . . .

Download your personal copy of HOT MAGIC and start applying this fun and magical knowledge TODAY! 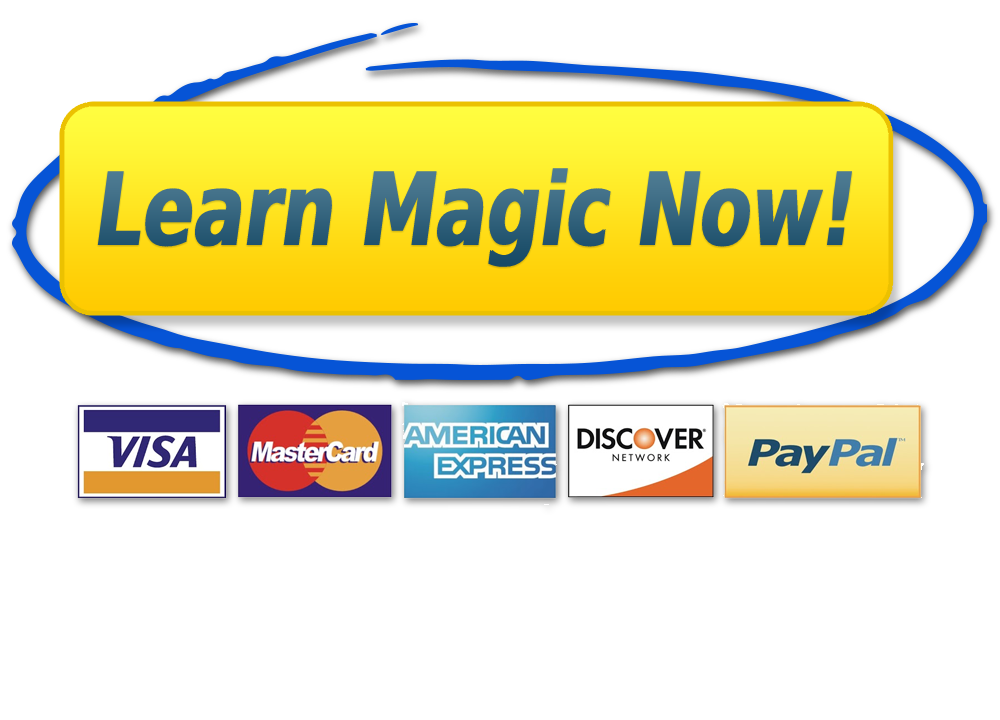 P.S. Remember, you have 60 days to try out the material in this book. If you’re not completely satisfied, just let me know and I’ll give you a 100% refund. And you can keep all the bonuses! You have NOTHING to lose!

P.P.S. Honestly, I really don’t know how long I can keep the price of this ebook at just $27. Some people are saying that I’m practically giving it away. At some point, I will probably increase the price to at least $47. For everything you get, that would still be a really good deal. But if you want to a great deal right now, buy HOT MAGIC right away for only $27 before I change my mind!

P.P.P.S. Finally, in case you overlooked it before, here is the “Learn Magic Now!” button one more time. Ha ha!